PHP is a widely-used open source general-purpose scripting language. It is especially suited for web development and can be embedded into HTML. This post contains various questions in the form of true/false statements, MCQs and fill in the blanks on the topic of Server Side Scripting.

State whether the following statements are true or false.

Fill in the following blanks: 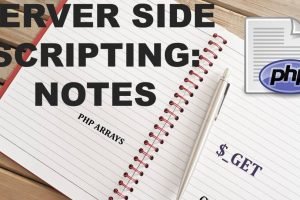